One moment they’re here, the next they’re not; let’s talk about candidate ghosting. 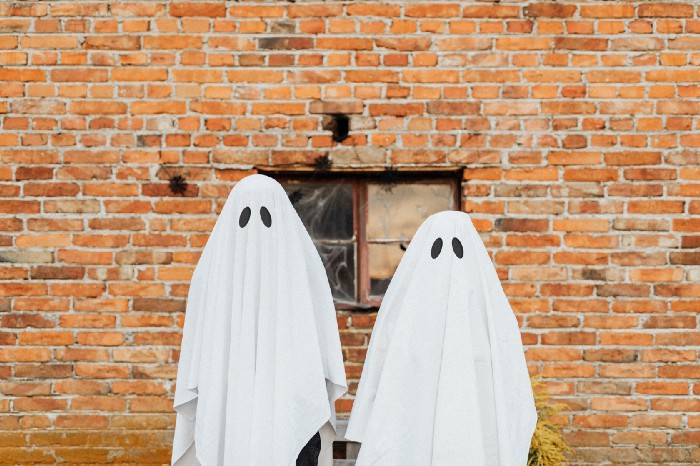 First thing’s first, “Ghosting” can be defined as: “When a person cuts off all communications with zero warning or explanation.” This is more of a social term, often used in context of friends and relationships, but it’s slowly turning into recruitment jargon.

In the context of recruitment, ghosting takes place when a candidate disappears in the middle of the application process; be it before an interview, or after an offer has been made. Candidates avoid all interactions with recruiters or hiring managers while ignoring emails, calls, and other potential communication avenues. This is problematic for TA specialists as they sometimes go through the entire sourcing process, just to have to repeat it when a candidate goes ghost.

So, why is this happening?

So, employers seldom communicate with their candidates, who are often left in the dark about where their applications stand. For context, an industry report highlights that 77% of jobseekers say they’ve been ghosted by an employer, detailing the prevalence of employer ghosting first. In this optic, the well-established trend of employer ghosting contributed greatly to candidates feeling less inclined to maintain communications.

This leaves us with a recruitment industry that normalizes ghosting in both ends. Employers carry out acquisition campaigns without the adequate candidate engagement and nurture, which opens the door to candidate ghosting. The industry report also highlights that only 27% of employers did not ghost a job-seeker, explaining the normalization of void candidate experiences which has led to the increase of candidate ghosting.

An Indeed survey revealed the most common reasons that candidates decide to ghost a potential employer, which are the following:

The reasons behind candidate ghosting are numerous and can vary from candidate to candidate. In all cases there tends to be a disconnect between the candidate’s expectations and what the employer provides them, be it through compensation, benefits, or lack of engagement throughout.

Candidate ghosting is the result of transactional and void candidate experience. So, if we’re thinking about fixing the problem, we should start with fixing the process.

Candidate nurture offers us the best path forward to engage and retain our candidates. When we nurture candidates and keep them informed, the likelihood of losing them in later stages becomes less probable as they’ve been kept in-the-know throughout the process.

Naturally, the recruitment process has its down-times; such as the delay between presenting shortlisted candidates and getting a hiring manager’s approval. These delays between recruiting stages often cause the most candidates to drop-off, as they’ve heard nothing back after applying. To avoid candidate drop-offs, recruiters can communicate the application status with their candidates, even if it’s to let them know that there is an unforeseen delay.

Candidates have an 8.3% chance of landing an interview from a single job application, so current recruitment paradigms already require them to apply in-mass. In other words, they’ve almost certainly applying to other opportunities, especially if they are active candidates and not passive talent. While they’re waiting for a potential application update, they could be getting approached by different recruiters for different opportunities, making them inclined to ghost the initial process.

For context, 70% of companies take anywhere between one and four moths to process a new hire, with the interview processes alone lasting for 23 days on average. This constitutes considerable downtime which may result in the candidate sitting for interviews elsewhere, or even be presented an offer for another position. It’s important to remember that 89% of talent contacted by their recruiter could make them accept a job offer faster, which means that recruiters are now in increased competition with each other over candidate retention.

Meanwhile, most candidates have voiced their dissatisfaction with employer communications, and 81% of jobseekers say employers continuously communicating status updates would greatly improve the overall experience. Lengthy application times and frustrated candidates ultimately act as the foundation for candidate ghosting.

The relationship between the candidate experience and an employer’s brand is growing in importance, given that the industry is observing a candidate-centric shift. Employers are now in increased competition over jobseekers, and they understand the importance of leveraging their brand to attract and retain top talent. So a positive brand makes recruiting talent easier, but does the opposite apply?

In short, yes. Just as a positive brand makes attracting talent easier, an unwelcoming brand will have the opposite effect. Keep in mind that candidates are people before being applicants, and people will often communicate their experiences with those around them. The cliché of good reviews being quick and bad reviews having wings applies to the candidate experience, as 83% of talent say a negative interview experience can change their mind about a role or company they once liked.

So when candidates apply to organizations and feel ghosted, they will communicate their experience with those around them potentially harming the employer’s brand. Keep note that candidates tend to research companies as they apply, and they frequently look for reviews from other candidates or employees. Candidates who leave reviews indicating a lack of communication will give the impression that applicants are not engaged, and future applicants may be more prone to ghost.

Rejecting candidates isn’t always easy, but it remains a necessary part of the recruitment process. In reality, certain employers skip this step and consider their lack of response as enough indication for rejection. In turn, this creates a culture where employers take candidates for granted, and vice-versa.

When considering the candidate experience, the post-rejection stage is one which is very understated. Candidates spend considerable time going through the application process and the assessment tests, and sometimes even multiple rounds of interviews, all to receive a standardized rejection letter.

Granted, the current application has concluded, and the candidate did not ghost, but what if we want to reach out for a similar position in the future?

As talent acquisitionists aim to build candidate pools for future hiring needs, a transactional experience will not incentivize candidates to engage coming open positions. This makes post-rejection nurturing an essential step of talent-community building, as it allows us to establish a positive basis with the candidates we could not retain. When future hiring needs arise, the engaged candidate community will be ready to apply and will be present throughout the entire process.

Instead of rejecting candidates, refer your interview finalists to Vela and get rewarded for playing an active role in your candidates’ success. Vela connects your finalists to compatible opportunities, and rewards you when they get placed in our network. Become a true resource for your talent community and nurture your top candidates post-rejection, all while earning ROI on your previous sourcing efforts. To learn more about Vela, talk to us!

It appears that candidate ghosting is the product of an unhealthy and quiet recruitment paradigm. When employers ghost candidates, they feel less inclined to entertain lengthy processes and do not feel the obligation to stick around. On the other hand, engaging candidates during and after the recruitment process allows us to better attract and retain top talent, while negating the possibility of our best candidates ghosting us. 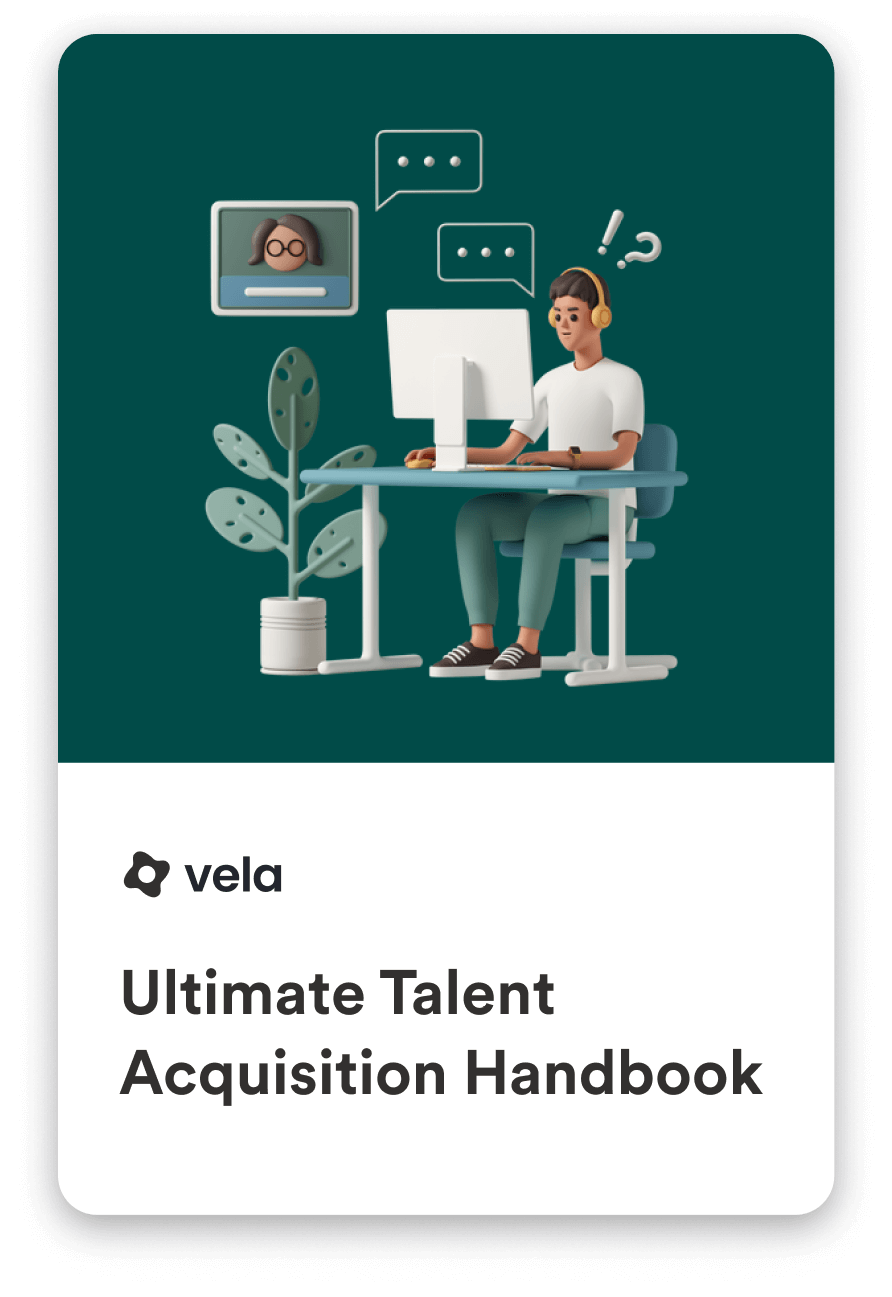 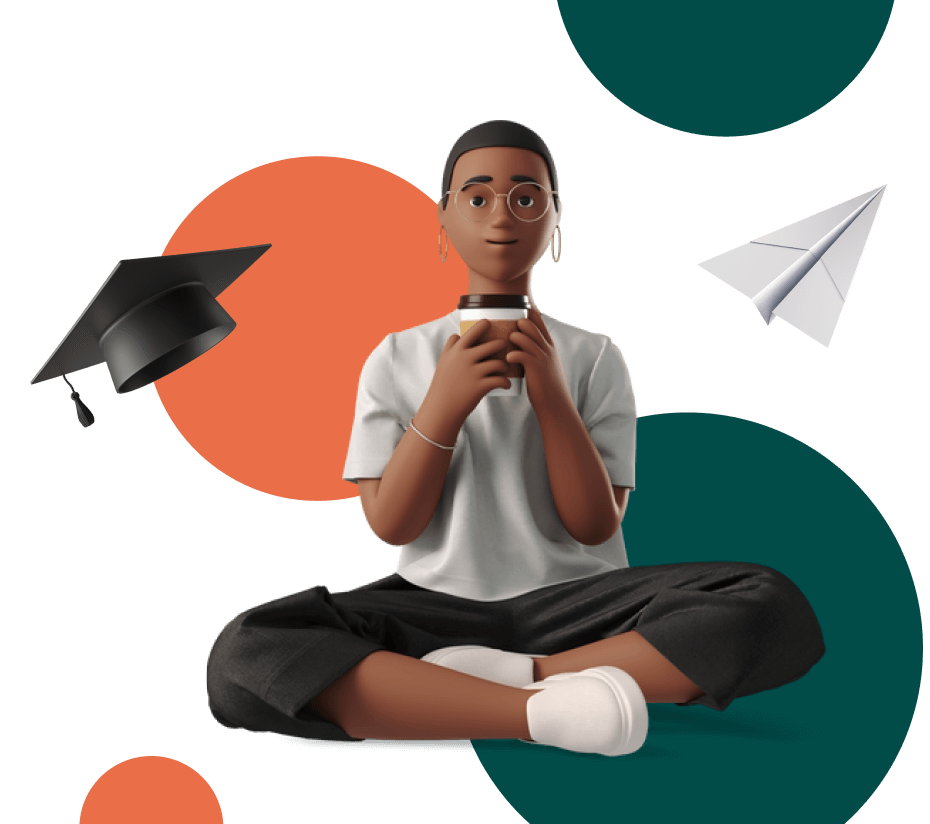